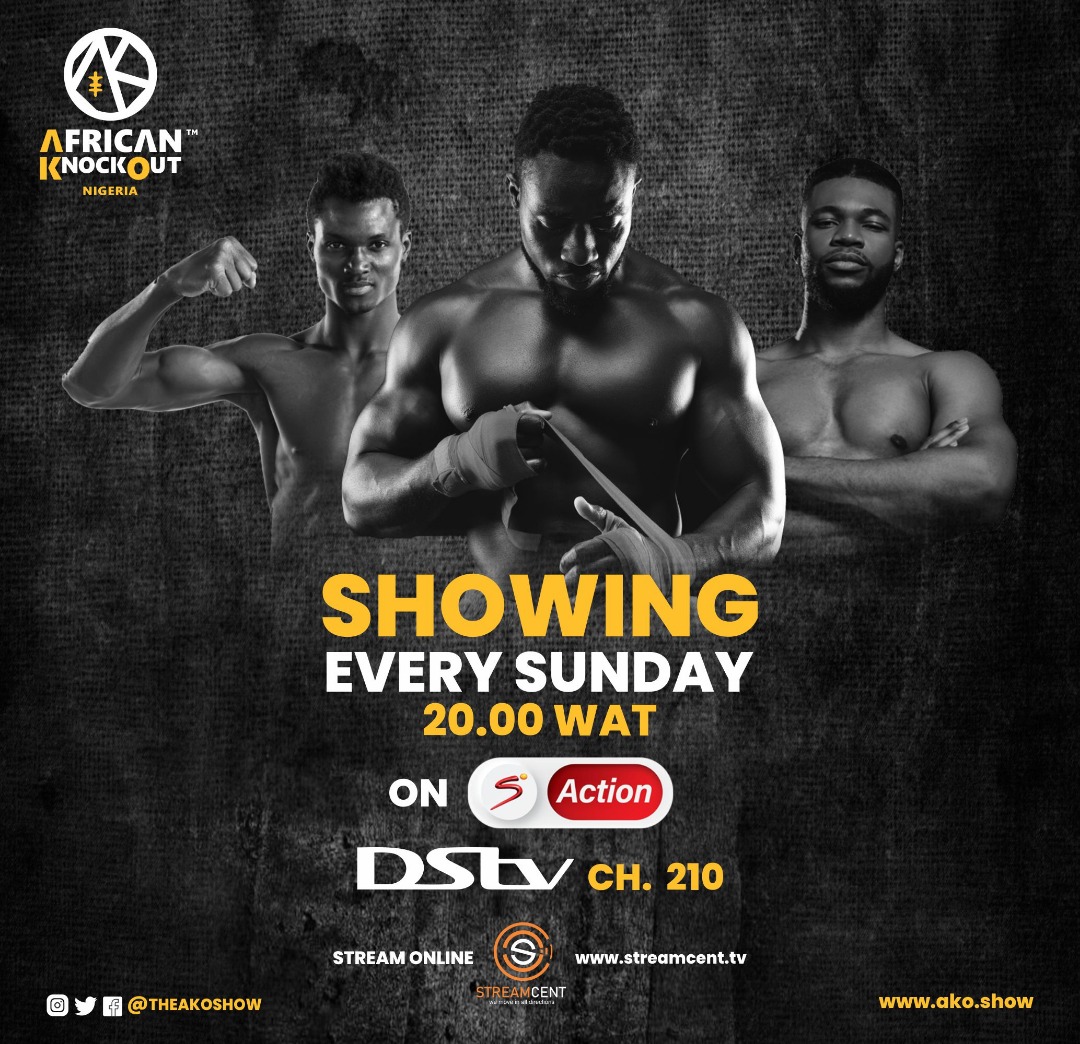 Have you been missing out on the MMADNESS that is The AKO Show? Not to worry, here to give you a quick rundown.

Visiting the camp, the 43 rd former Miss Nigeria, Etsanyi Beauty Turaka who is also a brand Ambassador for our partner Lasena water engaged the boys in a modelling exercise on who can sell the brand best.

Episode 4 kicked off with the fifth fight of the tournament between Zeus and Fearless Dragon. After days of rigorous training and hard work, they took the battle to the cage. Identifying his weak points and using it against him, Emmanuel (Fearless Dragon) from the White Wolves defeated Jude (Zeus) conveniently with hardcore kicks on his thighs.

Featuring Big J and Rage, the cage definitely felt their presence. It was indeed a battle for The AFRICAN KNOCKOUT Champion.

In episode 5, quarter-finals, Cornell Thompson aka The Marine Boxer and Jubrin Inuwa-Baba aka The Black Venom brought all the action to the cage. Exchanging punches, kicks, blows and emotions, team Steel definitely had their opponents by the edge.

By the third round, The Marine Boxer took the crown effortlessly and unanimously accepting his defeat, The Black Venom admitted to being weak in the ring and blamed his loss on fatigue.

The second fight of the night between Big Shaq and The Ring Beast was not an easy challenge for both parties. With several techniques and attempts to be the knockout champion, The Ring Beast encountered a failed number of attempts to takedown Big Shaq. The fight was concluded by referee’s decision in the third round and Big Shaq emerged the winner.

Catch up with the highlights by heading to our Youtube channel.

This Sunday, join Machine Gun Shegs VS Black Panther and The Marine Boxer VS Fearless Dragon as they battle for who will be going into the semi finals. Get ready to witness groundbreaking MMA drama and techniques!

Catch a new episode of the show every Sunday at 8 pm on SuperSport Action. You can also catch replays at the same station by 11:30 am every Monday, at 5 pm every Tuesday, 9 pm & 11 pm every Thursday & 12.30 pm every Friday!

For more replays, tune in to Supersport select 2 GOtv & SuperSport Variety 4 DStv every Tuesday by 1 pm and Wednesdays by 4 am. Don’t forget to catch our weekly highlights on SuperSport Blitz!