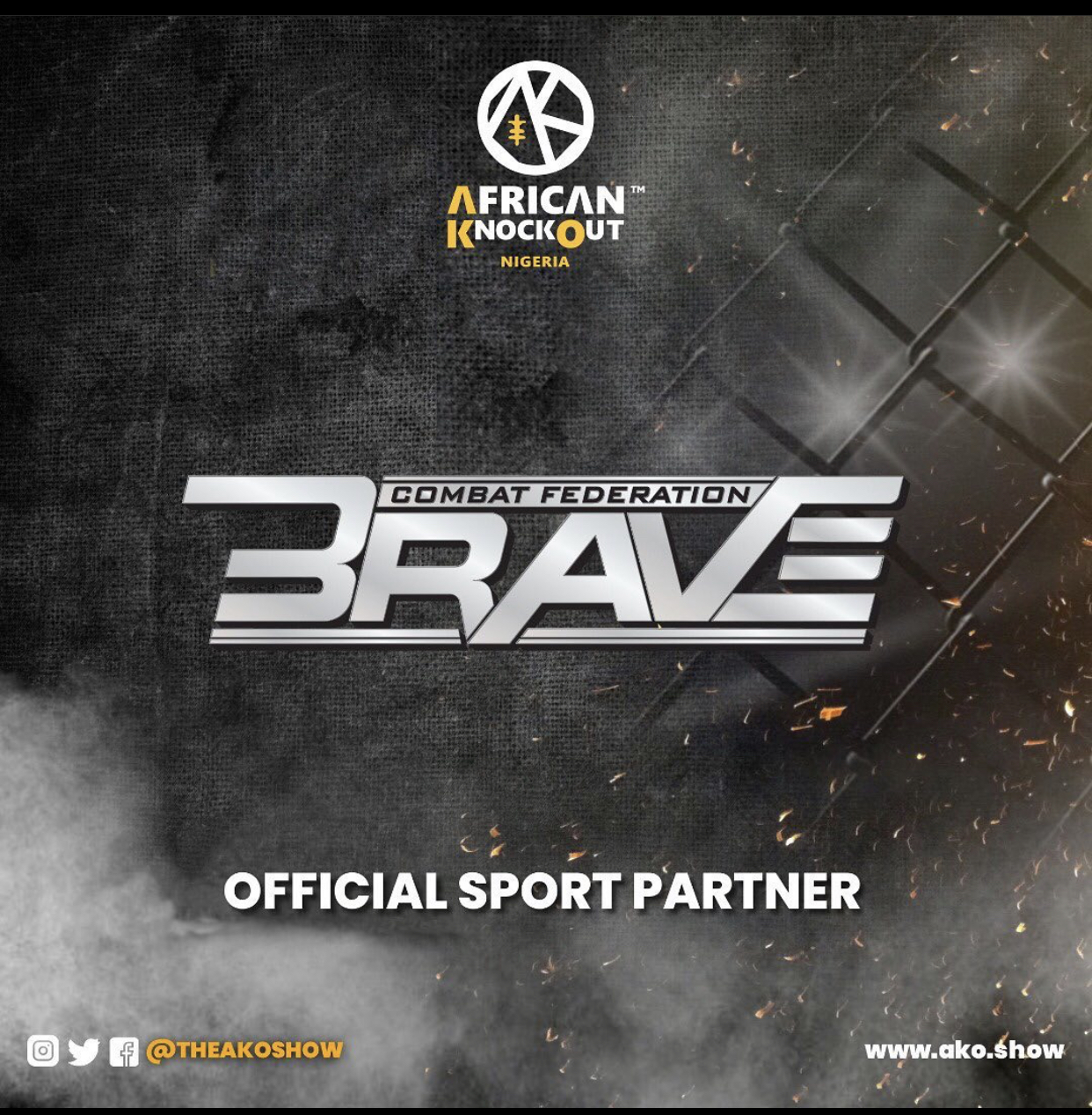 The organizers of the AFRICAN KNOCKOUT Show are pleased to welcome on board BRAVE CF as an official sport partner for the season. The AKO Show is a reality TV show with a total of 8 episodes and 24 highlights with a final fight in December, 2020, at Landmark Centre, Lagos.

The fastest-growing mixed martial arts promotion in the world, BRAVE Combat Federation is an organization that seeks to offer a global platform for MMA talents across the world, not only in a bid to showcase their talents but also represent their countries on a superior level. Their mission is to showcase worldwide talents, an athlete’s struggles, and hardship and their journey to becoming the best.

In 2018, BRAVE CF became the first, and thus far only, organization in MMA to host an event in Africa, having travelled to the continent on three separate occasions between 2018 and 2019.In their sponsorship statement, BRAVE CF expressed their heartfelt excitement and support for the show. They said “we are so happy to be a partner for the first edition of the AFRICAN KNOCKOUT Show. It is everything we are advocating for, to make MMA go far and beyond. We believe there is so much untapped talent in the industry and we are proud to promote the show and all the fighters. This is the beginning of something great”.

The AKO Show will be 50% sports and 50% entertainment-based content. There will be 2 teams of 7 fighters each; the fighters will be trained by professional MMA coaches. They will also live and interact with each other. The show will feature visits from celebrities, rigorous training sessions, fun challenges, and personal drama.

The first episode of The AKO Show aired on Sunday, November 1, 2020 on Super Sport Action. Live streaming for subsequent episodes is available on Streamcent.tv.