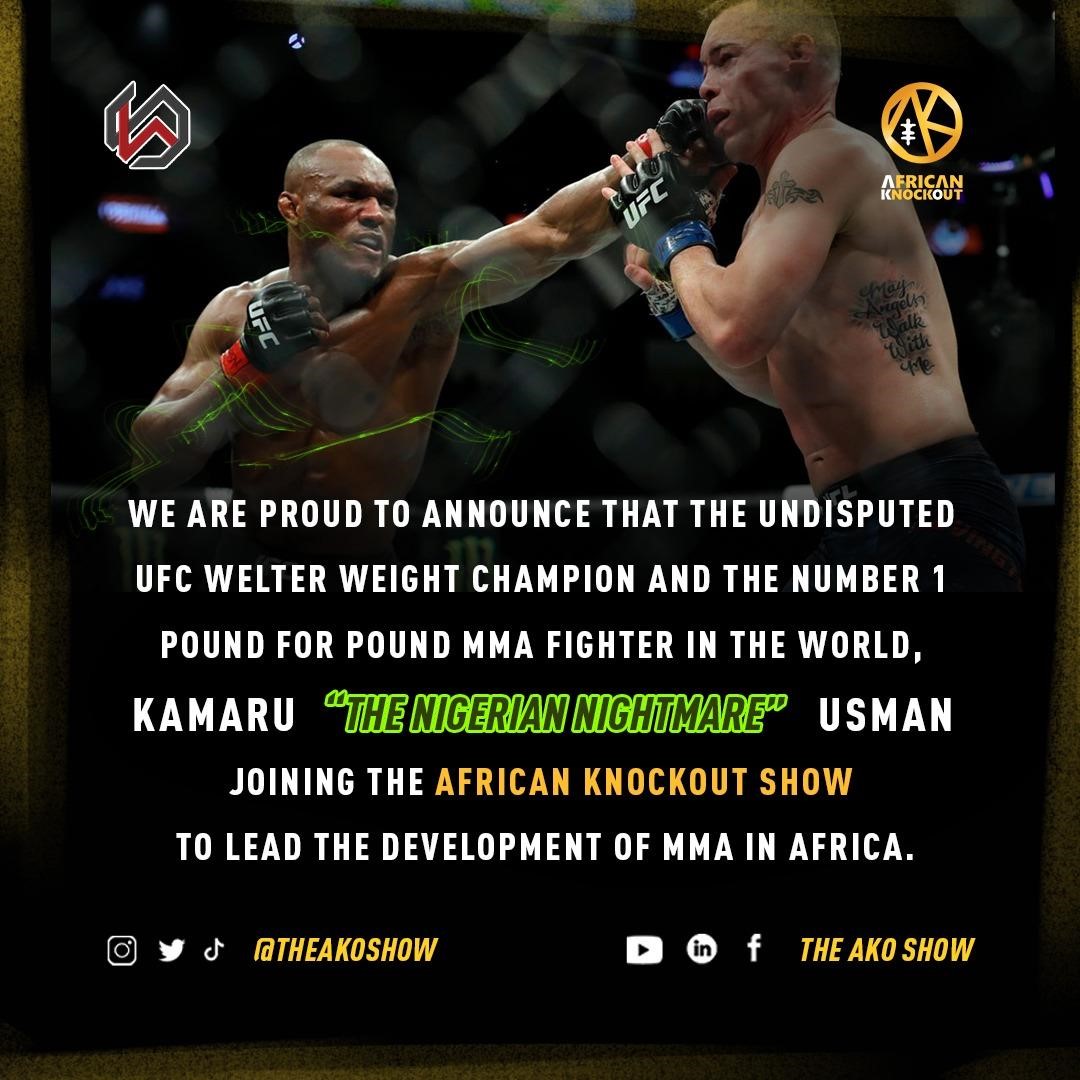 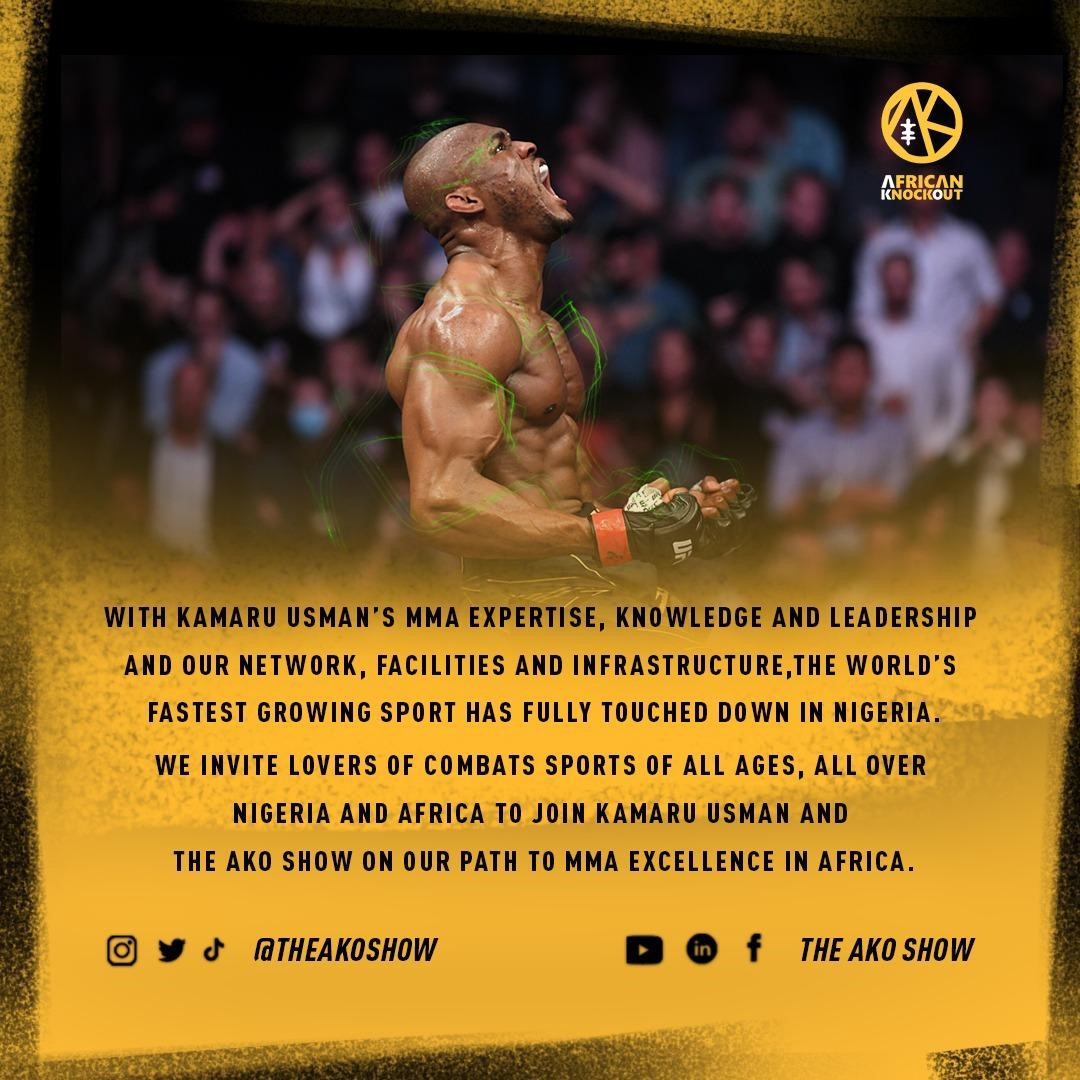 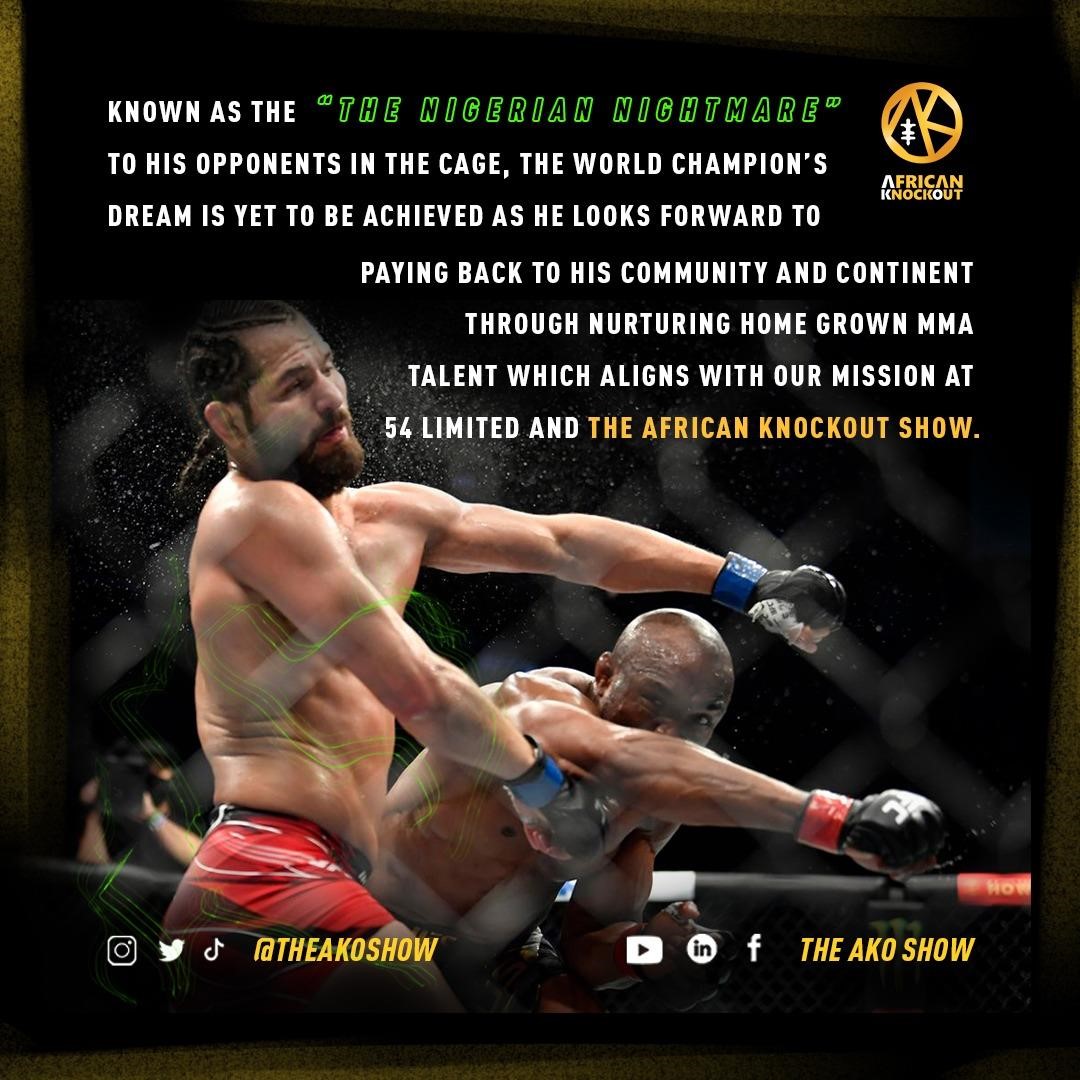 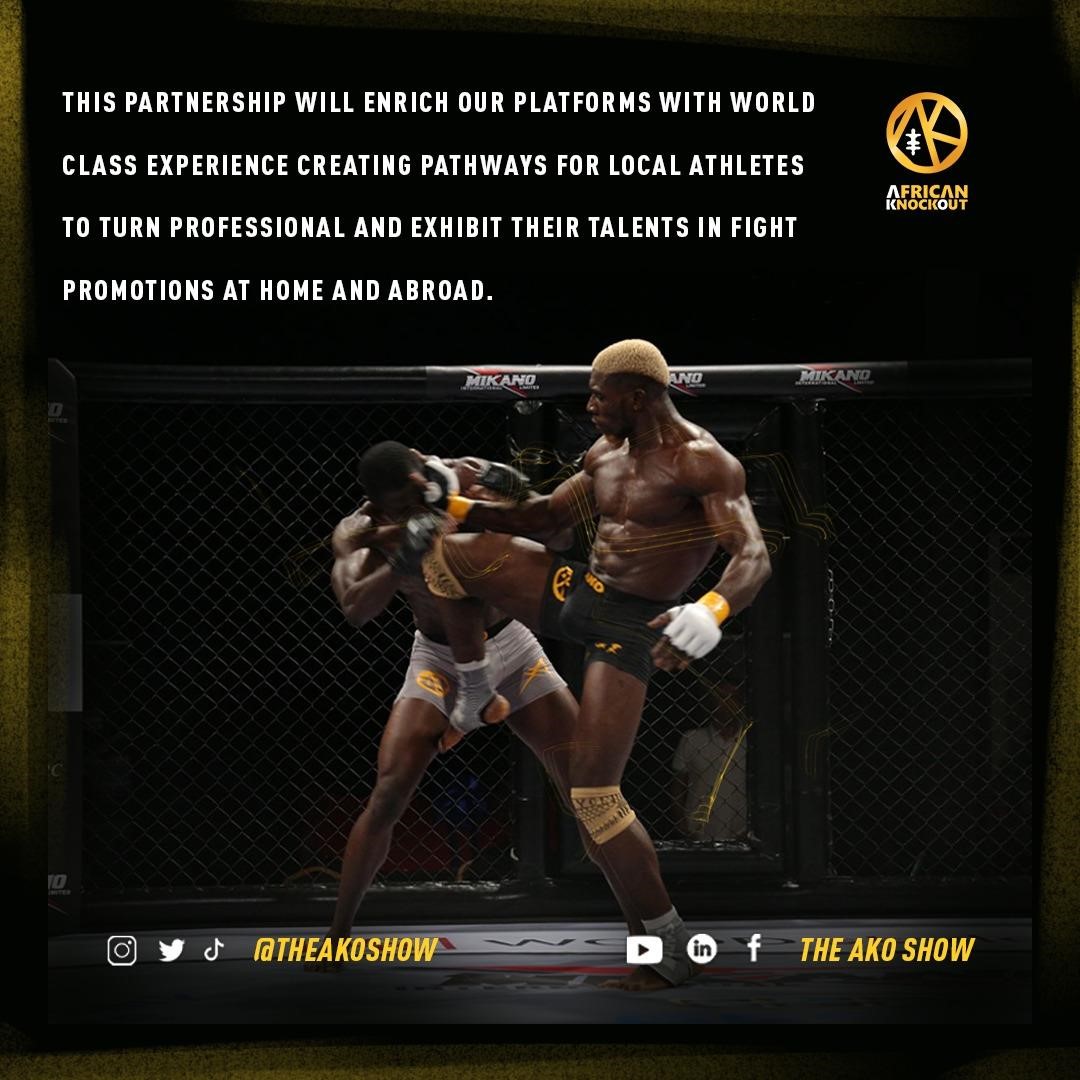 We are proud to announce that the Undisputed UFC Welterweight Champion, Kamaru Usman is joining 5Five4Four Limited and the African KnockOut (AKO) to lead the development of mixed martial arts (MMA) in Nigeria and Africa.

Known as the “Nigerian Nightmare”, Usman is also the Number One ranked Pound-for-Pound fighter in the UFC and one of the greatest mixed martial artists of all time. The Nigerian born Champion has always been proud of his roots and is looking forward to his homecoming to develop the skills of indigenous athletes, a goal which aligns with the mission of 5Five4Four Limited and the African KnockOut (AKO).

With Kamaru Usman’s achievements, knowledge and leadership combined with 5Five 4Four Limited footprint, track record and infrastructure in Africa, the world’s fastest growing sport has now fully touched down in Nigeria, creating the pathways for African athletes, towards professionalism to exhibit their talents and image locally and globally.

We invite lovers and fans of combat sports all over Nigeria and Africa to join @usman84kg and @theAKOshow in our journey to archive MMA excellence in Africa.

5Five 4Four Limited is an African oriented MMA promotion company and the producer of the African KnockOut (AKO) show, with the mission to promote African talents and help develop MMA into a major sport in Nigeria and Africa. To achieve its goals, 5Five 4Four Limited has established collaborations with private and governmental sports organizations like the Global Association of Mixed Martial Arts (GAMMA), various promotions, different media and advertising groups, fitness brands both in Africa and abroad, establishing a network that will form the base of building the African MMA ecosystem.

About The AKO Show

The African KnockOut (AKO) show featured 14 Nigerian middleweight fighters living together in a closed training camp, that created an environment filled with emotions and dramas from starting lifelong friendships to rivalries that stirred up never before seen competitive sides of all the fighters taking them through a series of challenges in an all-or-nothing knockout tournament.

Kamaru “The Nigerian Nightmare” Usman is the current UFC Welterweight Champion of the world. He is also the winner of the 21st Edition of the Ultimate Fighter. Kamaru Usman defended his title 4 times and is currently on an incredible 15 fights win streak. The Nigerian American who was born and raised in Auchi, Benin City, lived in Nigeria until he was 8 years old when his family relocated to the United States of America. Usman made his professional debut in November 2012 and has fought 21 times, winning 20 (9 by KO, 1 by submission and 10 by decision).