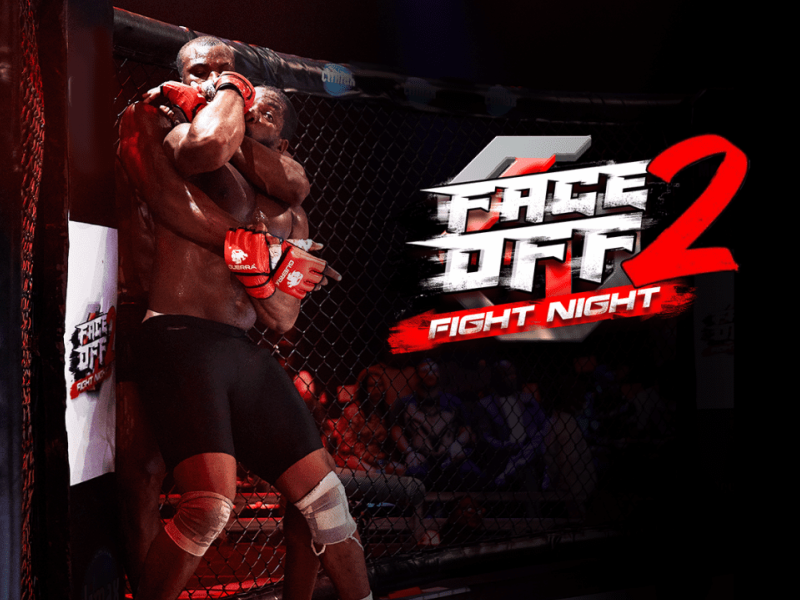 The highly anticipated Face Off Fight Night 2 has delivered as promised with incredible performances worthy of fight night bonuses.

The card had the return of talented mixed martial arts Segun Ogunnoiki who was the 2nd runner-up at the African Knockout Show. Also, featured on the card was a high-level women’s flyweight fight, which was Nigeria’s first-ever broadcasted women’s mixed martial arts fight.

MMA Fans across the world were able to watch the fights on DSTV’s Super Sports and on the African Knockout YouTube Livestream to witness a combination of finishes including decisions, submissions, TKOs, and an astounding knockout.

The co-main event witnessed an absolute classic as Segun “Machine Gun Shegz” Ogunnoiki dominated Togolese superstar Ayivor Mawuko to win the fight in the third round by TKO.

The electrifying moment came that got the crowd off their feet inside the Landmark Centre, Lagos for the main event middleweight fight between Daniel “Big Shark” Emeka and Cherif Drame. It was a brawl from start to finish with high intensity as neither of them was backing out. Emeka landed some power right hands that would normally turn the lights out, but the Chin on Drame is like granite.

In the end, Emeka won the fight via UD as the fans applauded the main eventers for a classical fight which is considered by many as one of the best MMA fights in Nigeria thus far.

Below are the full results and performance bonuses.